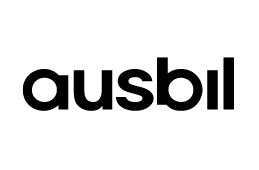 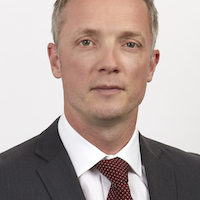 1. Can you tell us a little about Ausbil’s approach to responsible investment?

To us, ESG integration means; a) better informed investment decisions, and b) active ownership.

On better informed investment decisions, Ausbil believes proprietary ESG analysis can identify risks and opportunities that the market might have overlooked. This is why Ausbil has a dedicated team of ESG researchers as part of the investment team.

Under our approach, each company has an ESG score and an ESG SWOT (strengths, weaknesses, opportunities and threats) analysis. This proprietary ESG research is integrated with Ausbil’s investment philosophy that earnings revisions drive share prices, and share price growth, with a preference for companies with sustainable earnings and quality management.

Ausbil has a top-down, bottom-up investment process comprising four stages: macroeconomic analysis, sector analysis, stock selection and portfolio construction. Our proprietary ESG research mainly feeds into the stock selection phase, but is also continually updated and reviewed once a stock has been selected as part of Ausbil’s ongoing active portfolio management and review process. Our ESG research also figures at the country level for funds that invest with global mandates.

On active ownership, as an active equities manager, Ausbil has an extensive corporate access schedule which facilitates engagement on ESG issues directly with the boards, leaders and management of the companies we analyse. Ausbil has an annual engagement plan and also issues an annual ESG engagement report highlighting key engagements during the year. Here is a link to our most recent report.

2. Company engagement is central to your approach. What is an example of where Ausbil has contributed directly to getting positive outcomes on key ESG issues through company engagement? Can you provide an example where engagement with a company has not worked and other action has needed to be taken?

We believe the success of ESG engagements depends on howyou engage with companies.We believe one of the most productive ways to engage with companies is to encourage industry best-practice by promoting examples of what leaders are doing on a particular ESG issue, with a tangible business case. For example, by going on field trips in South East Asia, you can develop a deep understanding of complex supply chain issues and also learn what works in practice and what does not work. Such information, including real-life examples, can be used to engage with Australian companies.

One example that has led to change in corporate behaviour has been actively encouraging companies to consolidate their supply chains, which can lead to better supply chain visibility, reduced complexity and increased leverage. We have also advised on the benefits of incentivising suppliers and other intermediaries to monitor conditions further down their own supply chains, and report this back up their supply chains. Simply measuring, monitoring and reporting on such issues can bring about understanding and positive change, and is a critical first step in highlighting and solving the hidden inequalities and abuses that exist in some supply chains.

Other examples that have led to change include encouraging improvements in executive remuneration structures, adoption of TCFD (Task Force on Climate-related Financial Disclosures) reporting and much more. In some cases, companies are less responsive, for instance in relation to ESG disclosure requests, and in some cases that has contributed to avoiding a company altogether or in active divestment.

3. Ausbil has paid much attention to labour rights within franchises.  What kinds of data sets have you used to understand the different issues and inform decision making?

Ausbil firmly believes that proprietary ESG research can contribute to better informed investment decisions as well as generating actionable and unique insights, in a proactive way, and before the general market reacts. The franchise industry was one such example, where Ausbil’s ESG research identified anecdotes about underpaid workers and other concerns by trawling through social media, almost twelve months before news media started to write about these issues. Other important data sets include independent staff reviews, which can give you an indication of the culture of a particular company as well as the direction a company’s staff engagement is taking. In turn, this can be a lead indicator of operational performance. Ausbil has been tracking these for many years and in our experience, we have seen a strong correlation between the direction in staff engagement and a company’s operating results.

4. Ausbil is a signatory to Climate Action 100+. Can you tell us a bit about your participation in this initiative and its effectiveness?

Ausbil became an early signatory to Climate Action 100+ because; a) we believed the goals of the framework aligned well with our own existing climate-change-related engagements, and b) climate change is a systemic issue which ideally requires government action and / or in the absence of that, collaborative effort across industry, together with other investors.

Ausbil believes the world will gradually decarbonise and wants to play that transition. The Climate Action 100+ engagement is supportive as it focuses on improved governance, reduced emissions and strengthened climate-related financial disclosures (TCFD) to assist investors in making better informed investment decisions in relation to company performance in this area.

Ausbil signed up as a support investor to six company engagements. To date, through collective engagement by investors, those companies have all responded with better climate-related disclosures. Other discussion points have been around setting emissions reduction targets, discussing the impacts of a carbon price as well as climate change risk modelling. In addition to the Climate Action 100+ engagements, Ausbil also carries out a number of climate-change related engagements with other companies and with industry bodies, such as a presentation we gave to the Minerals Council earlier in the year.

5. You visited Bangladesh following the collapse of the Rana Plaza building in 2013, where over 1100 garment workers died and 2600 were injured. How did that experience influence your work and the role investors can play in championing and upholding human rights?

The visit to Dhaka, Bangladesh was one of many interesting field trips I have taken over the years. More recently, I have visited China again and also Cambodia. When you go on such field trips, you rarely get to see the worst factories; in fact, you often get to see the best factories. However, that can be a very valuable experience as discussions with workers, unions and NGOs on the ground can help you understand complexities as well as what’s best practice, which, as discussed, can be a useful experience for engagements based on industry best practice.

The field trip to Cambodia last year shed additional light on the issue of sexual harassment in the garment industry. In addition to the human cost, sexual harassment also represents a major cost drag to industry every year in terms of lost productivity. Labour rights issues in supply chains can be very complex, inter-related and multi-faceted but in my experience, they often come back to two underlying issues: lack of living wages and lack of unionisation. For instance, one of the reasons why child labour still exists is because the parents are not earning enough to sustain their family and a common denominator behind factory disasters, particularly in the garment industry, has been a lack of union representation.

6. You are the investor representation on Australia’s Home Affairs Modern Slavery Reporting Requirement Advisory Committee.  With the introduction of Modern Slavery legislation, how will fund managers (and their underlying managers) need to take into account the identification and assessment of modern slavery risks in within their supply chains?

The Australian Modern Slavery Act (MSA) has more bite than the UK equivalent because, a) the seven reporting requirements are mandatory, and b) it applies to investors’ portfolios. No government will ever be able to eradicate slavery on its own; we believe the financial industry has a major role to play, such as banks through extended KYC processes, and investors through influence.

The MSA means investors will effectively need to report on the risks of modern slavery in their operations and supply chains, including their investment portfolios, what they have done about it and the effectiveness of their actions. The UN Guiding Principles on Business and Human Rights, which were referenced in the guidance paper in association with the MSA, make it clear that leverage is key, and for investors that means engagement.

Investors can differ widely in terms of style, asset class and philosophy, which is why we believe it will be important for investors to describe the organisation well to contextualize the rest of the reporting. For instance, passive investors might find it harder to influence companies they invest in, and some external managers might not take modern slavery or human rights into account in their analysis. Importantly, the risk analysis refers to ‘risk to people’ and a starting point could be to map out risk by geography, industry or sector. The reporting on engagement activities could outline items such as engagement plans, prioritization of engagements as well as individual engagements undertaken. There are plenty of resources available for investors, including the investor toolkit that the RIAA Human Rights Working Group developed in 2018.

7. What do you see as some of the emerging human rights issues on investors’ radars?

Many of the engagement activities for us in 2019 are a continuation of what we engaged on in 2018, as many issues are unresolved and many of the systemic issues persist. For instance, at this very moment, after six years in operation, there is uncertainty regarding the future of the Bangladesh Accord and many companies have a long way to go on supplier consolidation and risk mapping.

In some cases, the social issues intersect with environmental issues too. For instance, increased enforcement of environmental regulation in China is leading to increased production costs, which will need to be passed on or absorbed, which can put further pressure on labour rights in other parts of the supply chain.

We would also expect there will be more focus on sexual harassment in the workplace and in the supply chain. Technology change also means new types of ESG risks, including social issues related to data privacy, cyber security and a range of other topics. In short, there is a wide range of human rights and other ESG issues for investors to stay on top of in 2019.