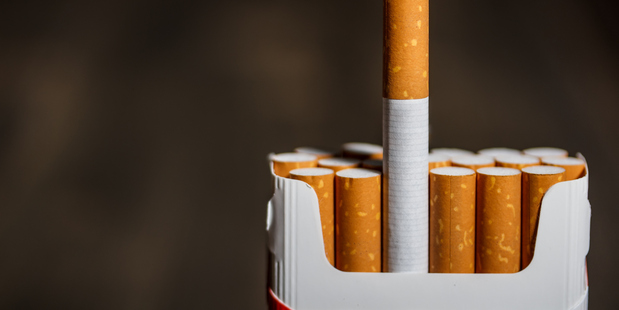 Simon O’Connor, chief executive of the Responsible Investment Association Australasia says businesses are being disrupted by the rise of conscientious consumers.

The world of investment has been shaken wide awake in the recent weeks reminding financial institutions that they are managing other people’s money and people care about so much more than just financial returns.

Revelations by this newspaper that default KiwiSaver funds are invested in controversial weapons and tobacco have resulted in an outcry across politics, media and the public, and to those who have been watching, this should come as no surprise.

The rise of conscientious consumption has been growing steadily over the past decade, disrupting industries one by one as consumers turn away from products doing harm to those that provide high quality products alongside benefits to society and the environment.

We’ve seen it in the rise of organic foods, Fairtrade coffee, the way our energy is produced and ethical supply chains for clothing manufacturers; in fact there are now few industries that are not being impacted by a public that is more astute and aware of the impacts of their consumption choices.

This same trend has now arrived in the finance industry, an industry traditionally defined by a largely disengaged client base.

Like tax, saving for retirement is something most of us have to deal with, rather than want to deal with.

However, many in this industry have for too long confused a lack of engagement by the public on ethical, environmental and social issues as a lack of interest in where their money is invested.

The outcry as a result of the Herald’s investigation into KiwiSaver products signals one clear message – consumers may not engage deeply with their KiwiSaver providers, but they expect that their KiwiSaver fund is being managed in a way that avoids doing harm.

In the interests of finally putting to bed a deeply entrenched myth, it is important to note that you can invest responsibly and ethically whilst generating returns as strong as comparable investments.

Esteemed institutions have assessed the evidence in depth and concluded overwhelmingly that there is a robust correlation with strong investment performance and responsible investing.

The evidence is also visible in the NZ Super Fund’s strong performance since inception with their deep approach to responsible investing.

As with many leading responsible investors, excluding industries is but one approach to a comprehensive investment strategy, that finds strength as much in owning and influencing companies through engagement, as not investing in them.

Much has been said in the last week, including by Prime Minister John Key, that the onus should remain on consumers to ensure they are invested in line with their own ethics.

At Responsible Investment Association Australasia (RIAA), we agree that consumer primacy and choice is key, and to that end we strongly support transparency of portfolio holdings as is required under KiwiSaver regulation.

The good news is that there are already strong ethical and responsible KiwiSaver choices, with RIAA having certified KiwiSaver products from Grosvenor and AMP Capital.

It’s also pleasing to see the emergence and growth in an ever broader array of investment products in New Zealand that will reflect the broad array of ethics and values for those with deeply held views across industries such as gambling, alcohol, fossil fuels, animal welfare and beyond.

However, what we know today is that there are universal norms and ethics that could guide a baseline of exclusions that the vast majority of New Zealanders would not find controversial.

Indeed, you’d be hard pressed to find people who would argue for investments in cluster munitions, landmines, nuclear weapons and tobacco.

Many of these universal beliefs are encapsulated within the exclusion lists of the NZ Super Fund, and form a good starting point from which default KiwiSaver providers could be working.

After all, we in the investment industry are all managing other people’s money, and it’s critical that we manage that money in ways that reflects our clients’ best interests – both their financial and personal interests – and by doing this create a true win-win for all New Zealanders, present and future.

This piece originally appeared in the NZ Herald